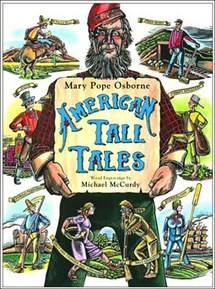 Tall talk, or exaggerated storytelling, began in the 1800's as a way for Americans to come to terms with the vast and inhospitable lands they'd come to inhabit - thick, dark forests filled with bears and panthers; treeless, arid deserts and plains; towering mountains; and uncharted seacoasts.  The heroes and heroines of the tales were like the land itself - gigantic, extravagant, restless and flamboyant.  Their exaggerated feats of courage and endurance helped the backwoodsman face the overwhelming task of developing such a land.

HERE ARE A FEW OF THE MAJOR CHARACTERS IN AMERICAN TALL TALES.

The stories of Paul Bunyan and his big blue ox, Babe, were made up to entertain the lumberjacks.  The legend is that Paul was the best, the biggest, the strongest lumberjack anywhere from Maine to Oregon.  The tales include how Lake Michigan was made when he dug a water hole for Babe, how he could clear a section of land of it's trees with one mighty swing of his ax and how he and Babe cleared a log jam in the Wisconsin River.  One last thing, Paul loved to eat, especially pancakes! 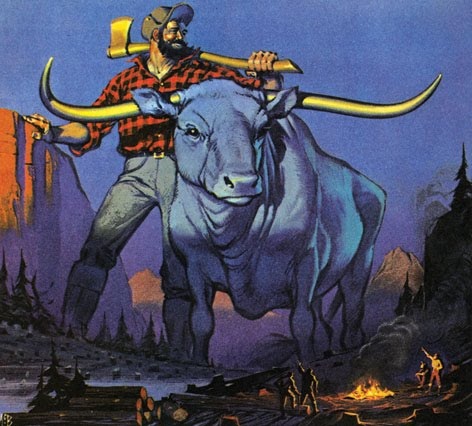 LINKS TO STORIES OF PAUL BUNYAN -

John Henry was probably a real person, but it's hard to be sure.  He was called the "steel-drivin" man because his job was to pound the huge steel nails into the railroad tracks.  He was a very big man and very strong.  He could hammer nails faster anybody.  John Henry raced against a machine to see who could "drill steel" faster.  John Henry won by beating the machine, however, he died with his hammer in his hands. 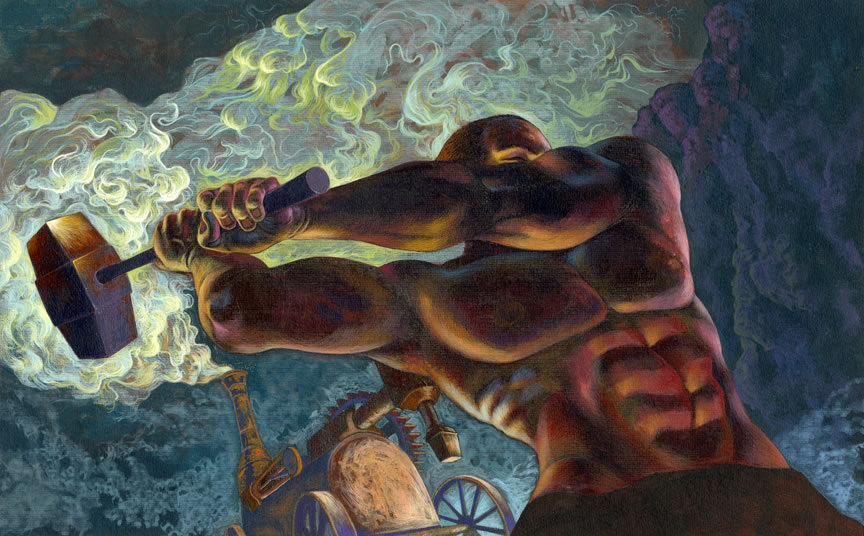 "Old Stormie" as he was called wasn't a real person.  He was considered the superhero of the Atlantic Ocean.  His favorite meal was shark meat and whale soup.  There are many stories of Captain Stormalong, but in our play we will be focusing on how he had his sailors soap the sides of his ship, the Courser, so that they could squeeze the huge ship through the English channel.  That explains how the "white cliffs of Dover" became so white. 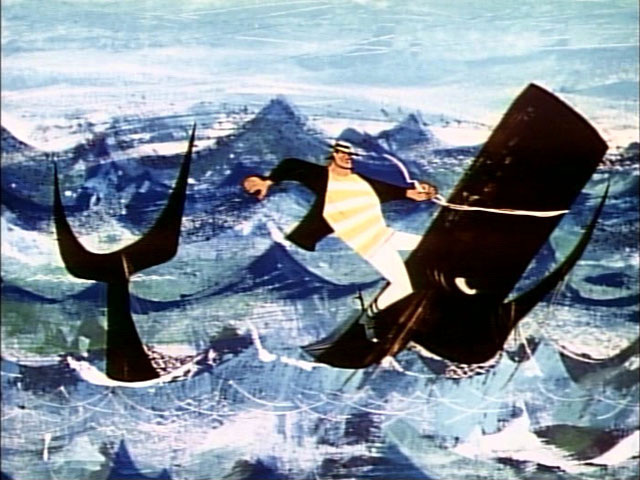 Davy Crockett: A real life folk hero.  He was fearless, tireless,  intelligent, courageous and he had a great sense of humor.  Davy Crockett was a famous woodsman, Indian fighter, bear hunter, joker, congressman and hero of the Alamo.  He is remembered for wearing a coon-skin hat. 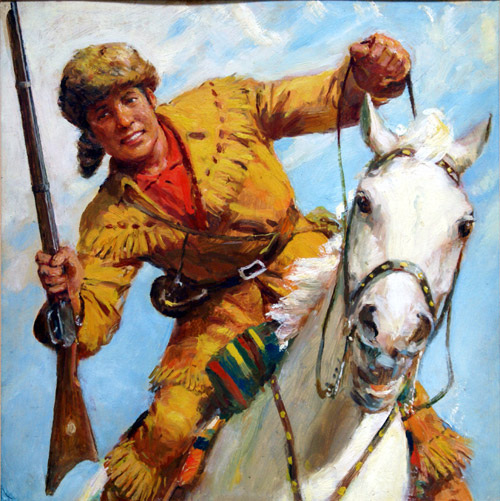 
Johnny Appleseed was a real person.  His name was John Chapman.   His story has grown into quite a legend.  It is believed that he spent 40 years of his life wandering through Ohio and Indiana planting apple orchards and teaching frontier people how to care for them.  He is known for walking barefoot and wearing a pot for a hat. 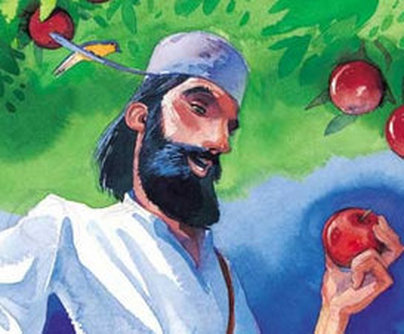 This folk legend was created to capture the spirit of the American cowboys.  The stories claim that Pecos Bill was the best cowpoke around.  It was said he invented the lasso, roping cattle, taught the broncos how to buck and then taught the cowboys how to ride.  However, Pecos didn't start out as a cowboy.  He was raised by coyotes after he fell out of a covered wagon.  (There were so many children, no one noticed he was missing.)  One day a cowboy finds him and the rest, as they say, is history. 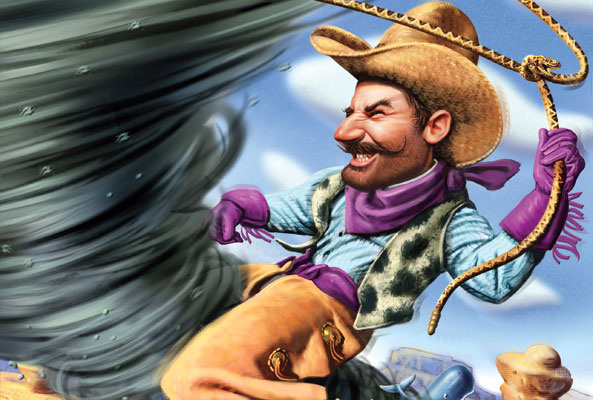 LINK TO STORY OF BILL RIDING A TORNADO


Sue was a wonderful rider.  Infact, Pecos Bill fell in love with her because she could ride anything from a fish to the toughest horse around.  However, Pecos wouldn't let Sue ride his horse, Widowmaker.  But Sue couldn't rest until she had ridden that famous horse.  So when she was all dressed up in her wedding dress with it's steel-spring bustle, Sue snuck off to ride Bill's horse.  Of course Widowmaker, bucked her right off and Slue Foot Sue landed on her bustles and began to bounce.  She bounced and bounced and bounce.  Infact, it is said that she may still be bouncing today! 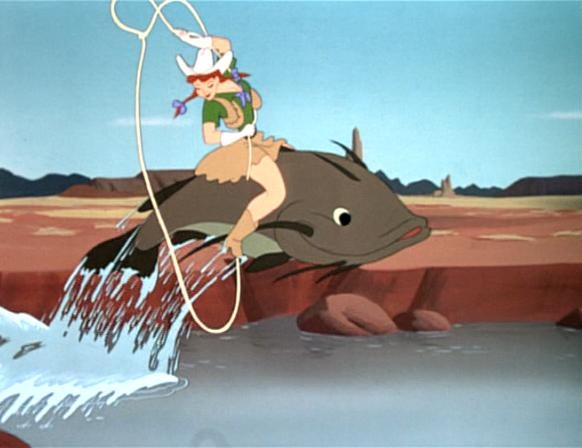